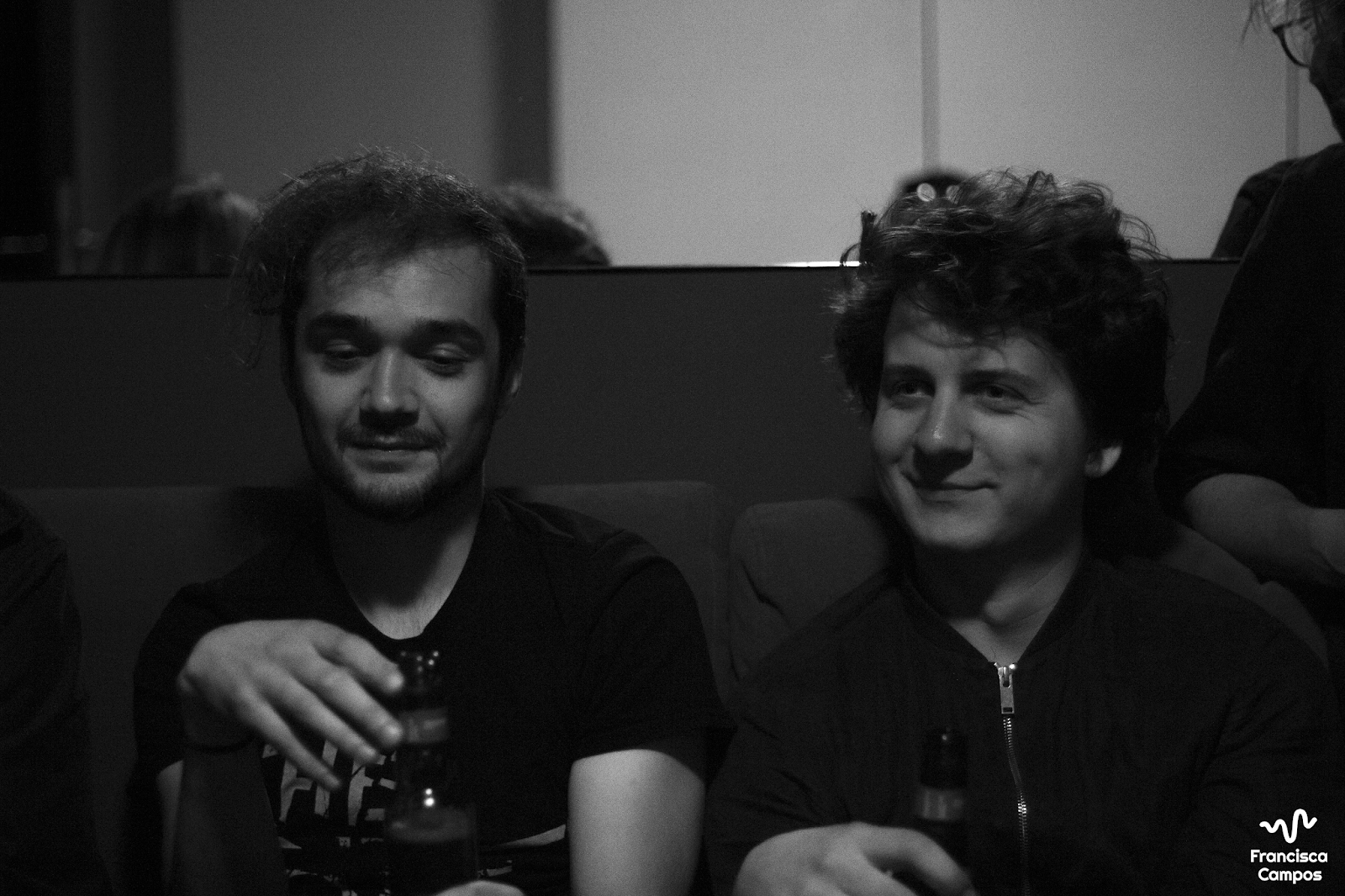 On Saturday, May 12th, we interviewed the Belgian band Whispering Sons, who were going to give that night, the last of the two concerts they had scheduled in Portugal. We wanted to know more about the band, seeing as their work is being recognized within the post-punk underground community. As of now, they released an EP (Endless Party, 2015) and three singles, “Performance”, “Strange Identities” and “White Noise” (you can find/buy all the work here). We asked them about the band, the much-awaited debut album, their thoughts on the music industry, among other things.

If you want to know them better, you should read the full interview below.

First of all, why did you decide to form the Whispering Sons? Do you have a kind of philosophy/idea behind the band?

Kobe – I’ve been playing with Sander, the drummer, since I’m 14 years old. The other Sander, we met suddenly and he joined us, and then we had our former bass player. We started to play some cover songs right before forming the band. But it was clear to us that we needed a singer or someone who could just perform and then we found Fenne.
Fenne – I don’t think we have started with an idea. We were just a bunch of friends that wanted to make music together. And then, at a certain point, we all felt like: “We should just go for it, and put all our efforts on it”, and that was what we did (laughs).

I read that your name came from this single “Whispering Sons” from Moral, which was your first cover with Fenne on voice. Why did you choose that single to name the band and not another one?

Sander Hermans – That specific song, back when we were doing covers, was a song we covered a lot and when we played it we felt that kind of energy. I guess that’s the kind of moment that you realize that maybe you could play together well as a band. So, the name it’s a sort of a tribute to that moment.


Who are Whispering Sons?

Fenne – Whispering Sons is a Belgian post-punk band… Oh, it’s so hard to describe what we do…
Sander Pelsmaekers – Actually, referring back to the name, once there was a Dutch journalist, who interviewed us, and he contacted the members of Moral because he was interested in what they were doing now. The guy who wrote the song “Whispering Sons” – he died already – but the other band members (from Moral) they gave like a meaning to it, we read it and we all found it very fitting for the band.

On another interview, this one to Post-Punk.com, in March 2017, you claimed that you had already participated in other projects but never with five members. How do you combine the agendas of five people for rehearsals, tours, and all these collaborative tasks?

Kobe – It’s becoming more and more difficult. Since this, some people in the band started working and now it’s becoming more difficult to find days or moments when we can do the things together.
Sander Hermans – We really have to coordinate, like: “Ok is everyone free on Sunday from 2 PM to 6 PM?”. And then we have a meeting with someone… It’s getting harder.

You also mentioned, in that interview, that you were finally having time to write and compose the much-awaited debut. How are things coming along? Can you tell us more about it?

Fenne – The record is finished. We are just preparing for the release – which we don’t know when it will be yet – but it’s going to happen soon.

Meanwhile, between 2016 and 2017 you released the singles “White Noise”, “Performance” and “Strange Identities” by Weyrd Son Records. How did this happen?

Fenne – Actually Michael, the guy from Weyrd Son Records, he went to one of our first shows in Brussels, he was really overwhelmed and then… I don’t know if we already had the EP…
Kobe – Yeah, the EP was already finished, we had it on cassette only.
Fenne – And there was a vinyl coming out already so we couldn’t release it with him. But then we wanted to release something else, like a single, and then we just asked him to do it, and it happens, it was great. Michael is a great guy!
Kobe – And in the meantime, we all moved to Brussels, and became friends.
Sander Pelsmaekers – He is a good cook (laughs).

What I have noticed by listening to your work, apart from the guitars, that are very characteristic in Whispering Sons, is that there is a kind of subliminal message in your lyrics. Does your music reflect what you feel about society, or does it work more as criticism?

Fenne – In our music we just kind of translate everything that happens and everything that we are unhappy about, everything we think it’s just wrong. Just translate it into something that it is more introverted and more personal and then… Yeah, I think that’s what we do, I don’t know how to explain it.
Sander Pelsmaekers – It never comes from a feeling towards society, I think it’s more from a feeling we all feel. We start from there.
Sander Hermans – It’s never like an overt political statement or something, it’s just the way we feel inside, we translate it to the music which sounds really aggressive or depressive sometimes.
Fenne – It’s just our own frustrations within this fucked up world.

Critics are typically discussing your work in a post-punk context. Do you guys see yourself as part of, say, any kind of post-punk or coldwave lineage?

Sander Hermans – We don’t mind the term post-punk, although it’s pretty broad from what we do, sometimes every review is like: “oh you are just another 80’s copy band”. That’s a thing that we don’t like. We like the general term post-punk, I don’t mind.

Have you ever collaborated with other artists?

Kobe – Not musically. Sometimes, like today, we toured with Second Still for a few shows, but not like musically, writing songs together. It’s just difficult like I’m used to writing for the band and then I just shift my mind so I could do something completely different, for me it’s difficult. Every time I write it has Whispering Sons ethos, so it’s very difficult to think otherwise than what I’m writing right now.

What is your vision for this issue of digitalization in the music market? For instance, the streamings, pre-orders, the leaks… Do you feel that this affects you positively or negatively?

Fenne – I think it’s good. People can get to your music more easily, people will discover you more easily and then maybe if they like it, they will buy something like physical objects. I think it is a good way, but I think the problem is that artists like us, we just don’t make any money from a streaming, that’s the issue. I think it’s like double sided.
Sander Pelsmaekers – It’s a good form of promotion for the music, but it doesn’t pay the bills.
Sander Hermans – It’s easier these days for smaller bands to get known, because of the Internet, Spotify, YouTube, whatever, but on the other hand you don’t get paid like from 20-30 years ago. It was harder for smaller bands, but once you got picked up by a label you were really like: “Oh we got this”, and then they started making money.
Kobe – There are so many bands right now.
Sander Hermans –  We have to try harder to get above the other bands, to have something really special.
Fenne – I still like it, I mean I love discovering music through the Internet, and then just buying stuff afterward.
Sander Pelsmaekers – I think we are all used to the streaming thing and it’s kinda wrong to fight it as a band while we are doing it ourselves.
Kobe – Radio doesn’t matter anymore, especially in Belgium, we cannot find music we like or music we make on the radio. The more alternative radios in Belgium still play more mainstream/alternative bands, like Arctic Monkeys and stuff, but not underground bands. We played a lot of shows in Belgium and we never get played on the radio.

The last concert you’ve seen and the last record you listened to?

Kobe – The last concert, except for Second Still yesterday, was Iceage at Botanique, Brussels, and I didn’t like it at all. They were like… being Iceage. I saw them three times, and they don’t care about how their sound is, they just play and do whatever they feel like. I mean their music on the record is really good, I liked it a lot, that’s why I try to see them live three times, but there was no click between the music and me. The last record I’ve listened was today, and it was the first one by Omni – Deluxe, they are a post-punk band from Atlanta.

Fenne – I also saw Iceage‘s show, so I’m going jump to the one before that, it was Amen Dunes and that was amazing. I just love this new record Freedom, that it’s probably also the last record I’ve listened to.

Sander Hermans – My last concert was King Gizzard and The Lizzard Wizard, pretty intense, and the last record I’ve listened to was the new record by Millionaire, a Belgian band.

Lander Paesan – For me the concert was also King Gizzard and The Lizzard Wizard, which was really cool, and the album I guess it was Brutalism by Idles. It’s cool, it’s hard and punky and so melodic in a way, it’s really surprising.

Sander Pelsmaekers – The last concert I saw was when I was working in a bar and it was a fucked-up bossa-nova band, but the last real concert was Fornet and Dirk., two Belgian bands. And the last album I listened to was on the plane, and it was Susanne Sundfør‘s The Brothel.

We are finishing. What is it like to return to Portugal two years after you played in Post-Punk Strikes Back Again? Was Lisbon cool yesterday?

Fenne – Lisbon was fun.
Sander Hermans – It was like a small sweaty club. Everyone is really close to each other and close to you.
Kobe – The show yesterday was very good, I think. We did a great job and the people over there did a great job as well. That was a very cool venue and it really worked.

Sander Hermans – Happy to be back in Portugal. It’s far away from Belgium and it’s hard to get here on the real tour, it’s always fun.
Fenne – It’s always fun and also stressful. Our return flying got canceled so we had to find a way to get back very last minute and it was pretty stressful.
Sander Pelsmaekers – And not very cheap.
Lander Paeson – Now we are actually taking a flight back on Monday after Madrid’s concert, back to Lisbon and then to Cologne, in Germany and then finally to Belgium.
Sander Hermans – That’s what we do to play again in Portugal (laughs). But we rather play here than to cancel the tree shows, that would have been stupid.

Oh, thank you. Thank you for that! 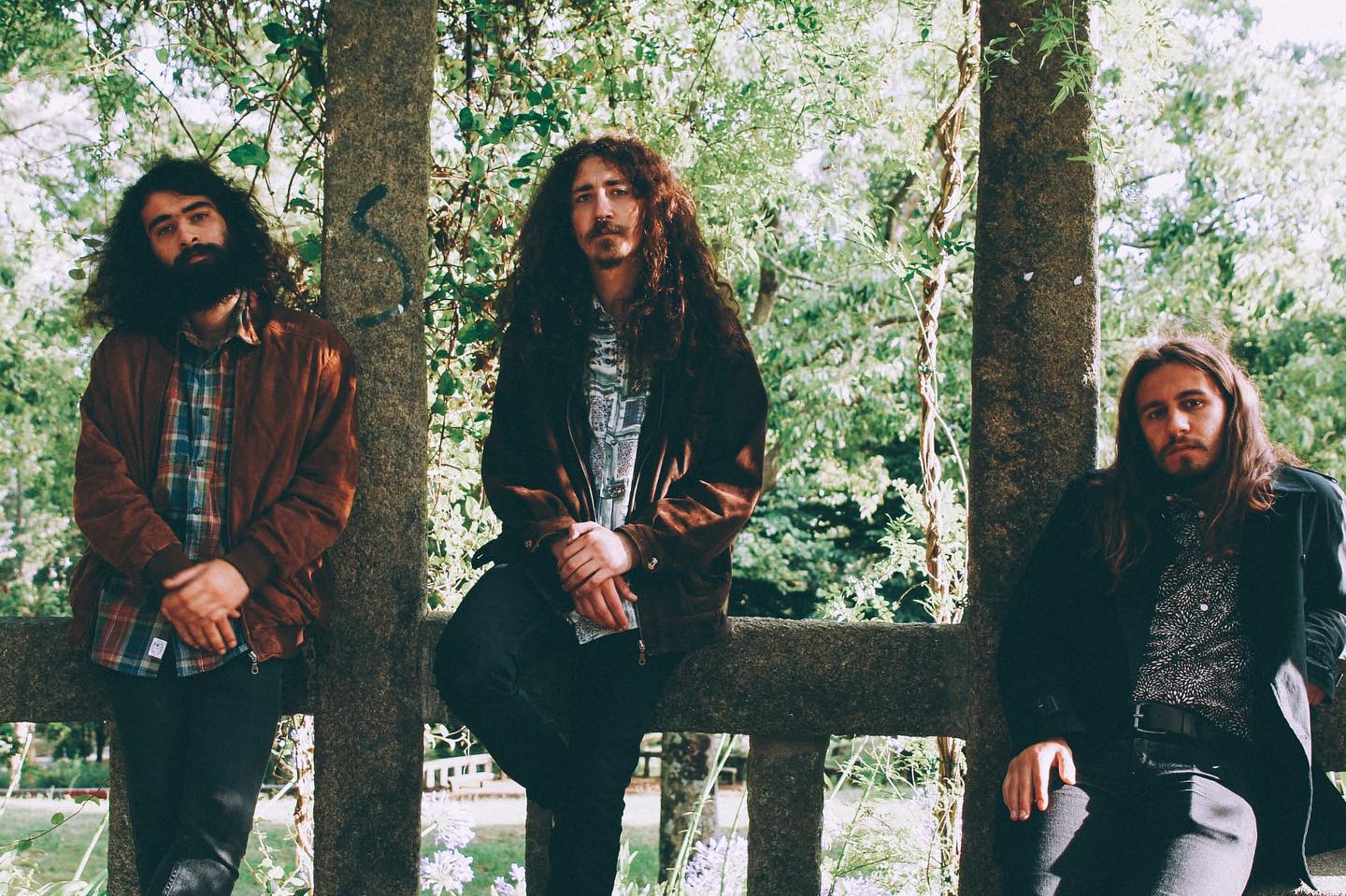 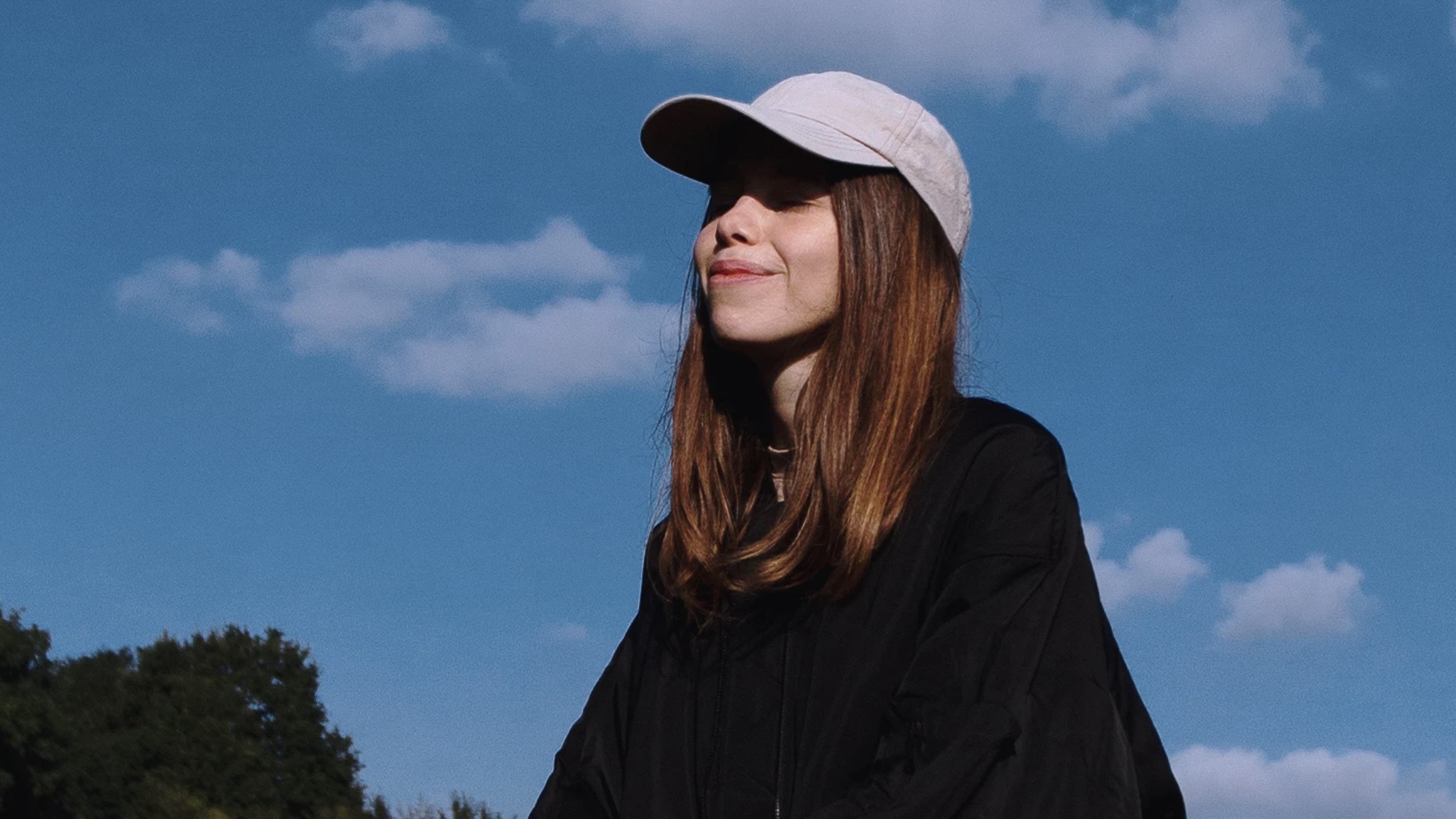 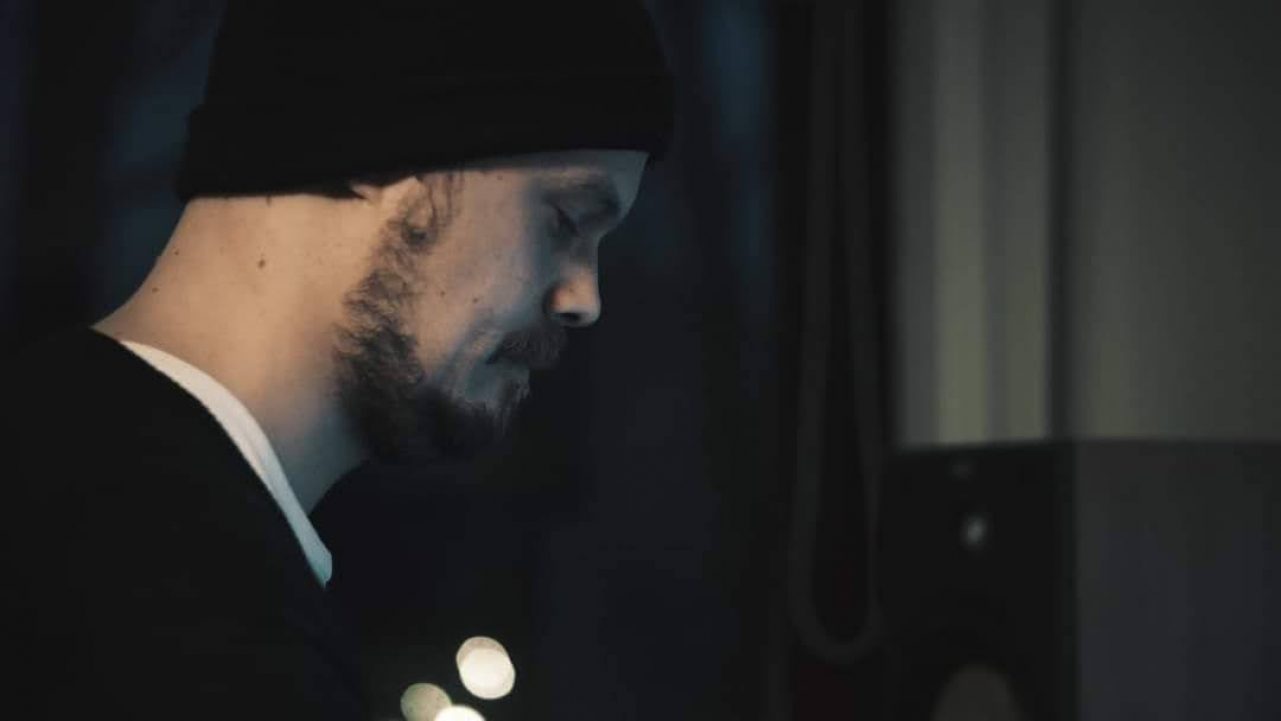