Structures in interview: "we called ourselves a rough wave band" 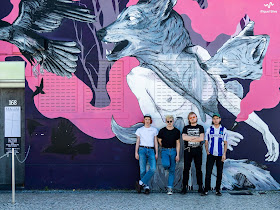 Structures are growing faster and it’s not about the hype anymore, they do really have some kind of rough blood running into their veins and an easy-going energetic aura that surrounds their sonority, as seen on stage. Their attitude is, in a way, punk-influenced, but what they do is a rough wave thing.

In order to get to know what that means - as in, between all the process involved in the project and nowadays - last 25th of May we managed to catch these promising French Structures before their show at MONITOR, in Leiria, to talk about their journey. You can now read in detail all the things discussed that afternoon through our interview, transcribed down below.

Threshold Magazine (TM) - Last year I got to know your band through a friend that showed me your first tracks, published on Soundcloud and no longer available. Were these the demos of this new Long Life EP?

Pierre - It wasn't a proper release, it was just some demos and then we moved it from Soundcloud to the promotion and to the final product.

TM - Do you have a concept as a band?

Oscar - There's no concept (laughs). We just compose together and there are no rules.
Pierre - Actually there is some kind of a concept because we called ourselves a rough wave band, that's a term we invented because we didn't want to be called a post-punk or coldwave or punk band. It is also like a way of living that we are into, and we compose and we write songs about what is deep inside of us, like problems, mental issues and…
Marvin - Anxiety... Depression…
Oscar - Deep stuff too…
Pierre - And that is a form of therapy for us.

Pierre - In college or high school. Maybe 10 - 15 years ago.
Oscar - We all born in the same city, in Amiens.
Marvin - It's in the North of France, but now we are all living in Paris. 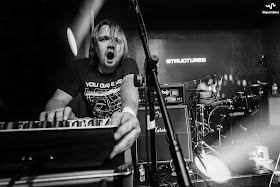 TM - Do you feel that there has been any change from this moving process between Paris and Amiens?

Oscar - Amiens is a kind of depressive city.
Marvin - And also Paris.
Pierre - When you are born in a city and you grow up in that city, especially when you do music, in some kind of way you want to move, to travel and to see other cities…
Oscar - And there wasn't much structure in Amiens, so we were bored. Paris is the opposite because there is many…
Marvin - so many gigs! And many places to play.
Pierre - And more professionals in the music industry, more labels, journalists…

TM - Why did you choose the name Structures?

Pierre - In fact we were looking for a band name which really had something concrete, German stuff like architecture so, Structures was very strict, something hard. And it is also the name of one part of the first minimal exhibition that ever happened in minimal art, it's called Primary Structures, from 1966. 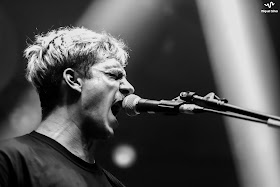 TM - You were saying that your music is somehow influenced by feelings such as anxiety and depression. Do you feel these feelings are necessary to compose your music?

Pierre - Well, that was the start.
Oscar - But we don't search to be depressive.
Pierre - We are not looking for depression, but somehow is a more inspiring way to create songs, for us.
Oscar - We have love songs.
Pierre - Yeah, we have love songs, depressive songs.
Marvin - It's a lifestyle to be sad.
Oscar - We are not happy to be sad. We are sadder to be happy (laughs).
Pierre - We need Structures because it is our home therapy and that's also a way we have to find people who can join our therapy. If you are feeling lonely, depressed, lost, shy, maybe angry, you can join too!

TM - What do you mean by "I Live a Long Life"? That song is about what in specific?

Pierre - Long Life is about when you are tired of everything. Really tired, and you know and see everything happening in the world or in your own life every time, and you always accepted it and went further but, at some point, you just say "Fuck it! I live a long life!". And the body too. It’s like physical and mental, like when you are really tired. In some kind of way, it's our way to say "Fuck it".

TM - You released Long Life EP and then suddenly you are getting a lot of attention in the current underground panorama. How do you feel about this?

Oscar - We don't feel that dimension. We get lost some times so we don't know exactly where we are. We feel it, but not really.
Pierre - Hopefully we will. That gives me fear, in some way angst and stress, because you don't know what is happening properly and you feel it, but not really. You see professionals gathering around the band saying "I want to work with you and blah blah blah", you begin to be scheduled at festivals and then labels listen to your work and everything…
Oscar - It's hard to have the control over everything and you just have to live it like that. It’s something general like…
Adrien - For example, we signed with a booking agency and they work in the gigs we make and we don't have control over that.
Pierre - For me, the main stress issue is that it is happening really fast. The band will be two years old in August, so in two years it's like we were there and now we are - we don't know exactly where we are - but…
Oscar - And we want to go further, but we don’t know if it would be possible.
Pierre - And that's scary when you grow really fast.
Adrien - For me, the problem is within the music industry. For example, about two years ago everybody was talking about The Blaze, and then in two, three months everyone was listening to The Blaze and now no one listens to The Blaze.
Pierre - Is not because we don’t hear about something that it is finished. Some bands have their own fanbase…
Adrien - Ok, maybe The Blaze is not the best example. It's more like young people who start projects and then they became stars within months.

TM - How would you describe the French independent music scene and how do you think that Structures is integrating into it (if you consider it that way)?

Marvin - We just try to make our music without thoughts. And the French rock-wave is really growing, currently. There are many bands that are getting attention, especially in the independent circles, like Rendez-Vous, The Psychotic Monks, Bryan's Magic Tears, and many others. And that's kind of cool. 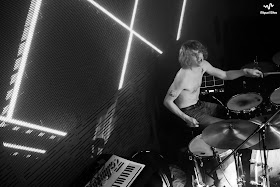 Check all the photos from Structures' performance at MONITOR, here.