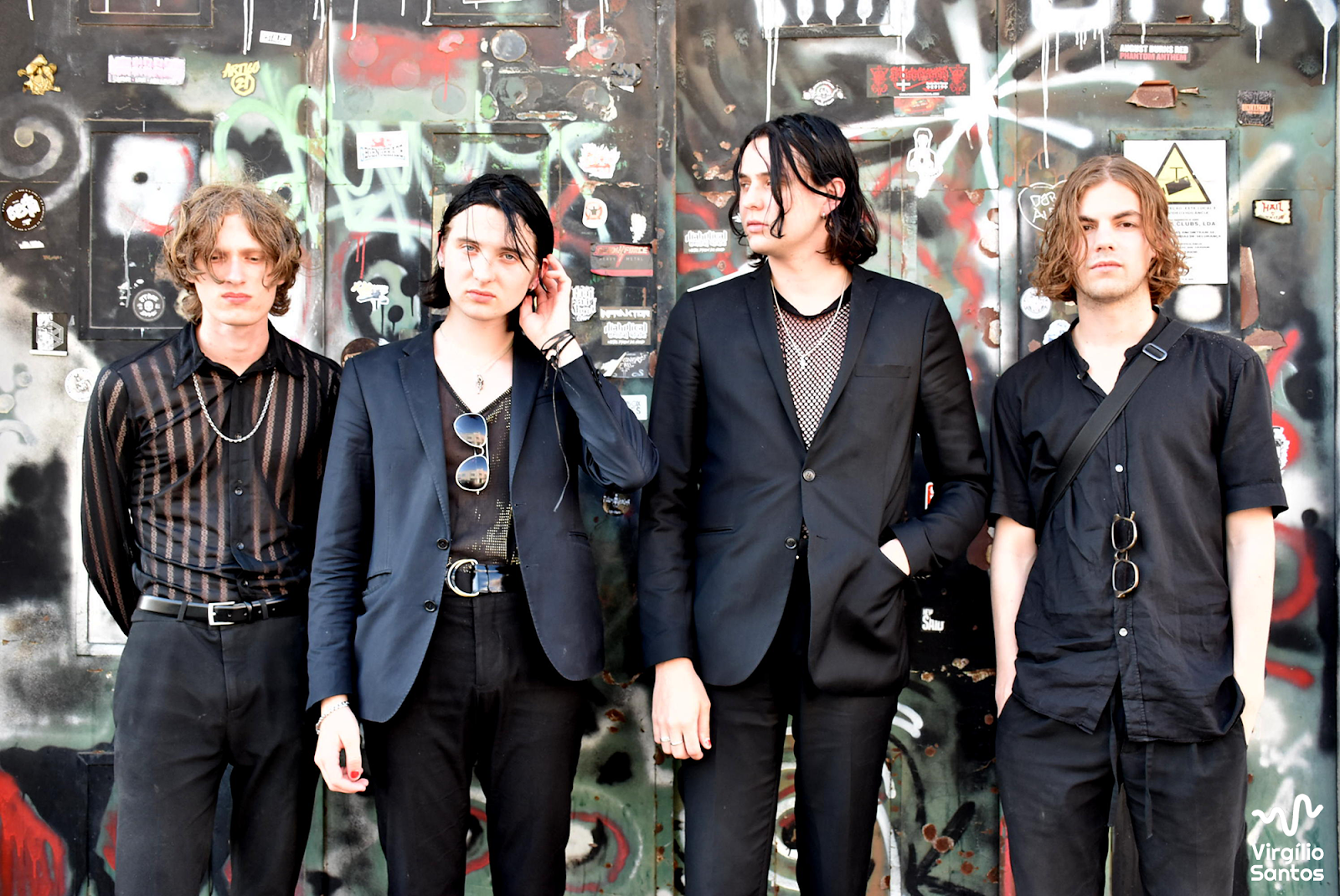 We have seen them and we can tell you first-hand: Isolated Youth is going to be the next big new thing in the contemporary post-punk panorama over the following decade.

They are shy in concert but it’s all because of their surprisingly young age that, in a way, amazes us. It happens firstly because their sonority is so mature that it immediately gives us goosebumps; secondly, because they are creating their very characteristic world – that emancipates through a wonderful celestial voice which is not so common in the scene – and thirdly because their sonority is really assimilable for all music lovers. Trust us, you don’t need to be a dark soul to enjoy it.

In this great discovery, we were really lucky because At The Rollercoaster managed to bring them to Portugal opening the performances of Actors in the past 30th and 31st of August 2019. So we went to the Lisbon concert, at RCA Club and exchanged some words with Axel (voice, guitar, synth), Andreas (drums), Egon (bass) and William (guitar) – the four lovely souls working behind Isolated Youth‘s identity.

The nice thing is that you can now get to know them better by reading the interview they gave us on the last day of August, right below:

Threshold Magazine (TM) – I would like to start this interview by asking you how did you all meet. I know that you (Axel) and William are brothers but I would like to know the whole story behind.

Axel – Yes, we are. So, we invited Egon to play live with us. Egon is a childhood friend, and our mothers have also been friends for most of their lives. Andreas has been William‘s friend for a couple of years. So we have known each other for a long time.
Andreas – Me and William knew each other from like when we were 18 or 19 through common friends. And then I met Axel through him and later I met Egon. I was the last one to join the band. William and Axel started out writing music together at their place and then they knew Egon since earlier and they knew he played bass. William said “come play with us” since you (William) knew that I played drums. We felt a real chemistry early on. That was in March 2017.

TM – Did you have any written songs around that time?

William – We had quite a few songs. It just came naturally to us to write our own music instantly, so we never played any covers. We started writing our own things right of the bat.
Andreas – And kind of developing as musicians through that.

TM – Did you have a musical education?

Andreas – I had, in the elementary school. And Egon as well but I would say…
Egon – Not too much.
Andreas – Yeah not too much. We’ve all grown as musicians through playing with each other.

TM – So I’m really curious to get to know how and why did you choose Isolated Youth to name this project.

William – I was in London with a friend and I was wandering home from a bar, late at night, and I was writing to the other guys trying to come up with a name and I think I had a t-shirt that said “Isolation”, and then I figured “Oh well, Isolated Youth might suit us because it fits with our sound and us as a group, and where we are from”. I wrote it in the group chat and everyone was like “Yeah that’s nice”.

TM – You were saying that Isolated Youth started in March 2017. Before this Warfare EP, you have released a s/t cassette with three songs. Can you share the story behind that release?

William – Basically, we figured that we didn’t want to put anything out until we were ready, but we wanted to make something small for the people following us in the beginning, coming to our shows. So, we just did like three one-takes in our rehearsal space and wrapped the cassettes ourselves, and sold them at gigs or whatever.
Axel – Only 25 cassettes were made.
Andreas – We just wanted to release something physical without publishing anything online. And then we were properly ready to record in the studio, so It was a conscious decision to wait a while before we went to the studio to record and release the first EP. And also because we wanted to find a suitable label…

TM –  Now that you are talking about record labels, I really would like to know how did you form a “relationship” with Fabrika Records?

William – We put out a thing on Youtube where we were playing in our rehearsal space. We’d been a band for maybe two to three months at the time, maybe, and then a promotor saw it and asked whether we wanted to support Lebanon Hanover in a really big show in Stockholm, and then Lebanon Hanover saw us live and really liked it. So William and Larissa put us in contact with Fabrika and said “you should sign them”, and they did (laughs). So that’s about it. We became friends with them, they are lovely people, we really like the people working in Fabrika. It was a good fit for us as well.
Andreas – And before we put our EP out, William Maybelline from Lebanon Hanover came to do a show in Stockholm and he was talking about that he wanted to make a remix for a song. Then we went to the studio, recorded our song “Safety” and he made a remix really fast. He came to Stockholm and we hung out with him and recorded our music video for the remix. That was the first proper release. So, the remix came first. It was nice to be involved and do something with him.

TM – About this new Warfare EP, is there a concept behind it?

William – The full EP is kind of supposed to be a collision between light and dark. We are striving for light in our work but there is also sinister to it. Well, Warfare is like a spiritual warfare, a call to arms. How do I put it? Wanting to protect your close ones in a quite harsh world.

William – I was actually really ill when I wrote that thing. So, I had been at home sick for like a month, so that’s where it originates from, from that feeling of being vulnerable, I suppose and from knowing that things can go either way and also the fact that you never actually know what’s going to happen. Me and Axel sat down and put the song together, but yeah, it was written in a time I was really sick.

TM – I would like you to name three bands that you think are influential for your work as a band or as people.

Axel – For me, it’s Stina Nordenstam in Sweden, that’s a very important artist for me. We like some of what The Knife has done, and…
William – And also classical composer Arvo Pärt from Estonia. We admire him.
Axel – Yes we love him, very much.
Andreas – And also the early post-punk sound from the ’80s. We take something from a lot of artists. Bowie of course. There’s a lot of different artists.

TM – Is there an ideal that Isolated Youth follow as a guide for your work as a band or not really?

William – I think honesty, is important to us is in the way you play, the way you write lyrics, the performance…
Andreas – And taking the opportunity to be better and evolve.
TM – If I ask you “Where would you like to be in 3 to 5 years” what would be the answer?

William – We have a creative ambition, mostly, I think. Trying to expand our music and our expression.
Axel – Mainly a creative ambition, not too many numbers or anything.
William – And of course always play good shows, and having a good live experience.
Andreas – And to give our honesty to the songs. That’s the most important thing, for us, to be a good representation of what we are so that the audience that sees us for the first time can get the Isolated Youth thing (laughs).

Axel – I listened to the first Board of Canada, Twoism. I liked it. That was the album I listened to. Last show I saw…
William – I mean, we see shows quite often when we are involved, but maybe you want to know the concerts we went to see by ourselves… I have to think…
Andreas – We went to see Yves Tumor in Stockholm a while ago, and that was pretty cool. And the last album I listened to was on the plane and it was Aphex Twin, …I Care Because You Do.
Egon – I listened to I Will Say Goodbye by Bill Evans.
William – I mean, we’ve been listening to music in the car, but an album, hmm…
Axel – And I think the last show for me was a Swedish artist called Thåström. It’s a very big artist in Sweden.
William – I listened to the Suspiria soundtrack by Thom York. It’s for a movie and it’s really cool. I would recommend everyone to listen to it.

TM – Thank you so much. It was lovely to meet you. I don’t know if you want to add something else for the Portuguese readers…

Andreas – We were amazed by the country and the city of Porto. We arrived a day before the show…
Axel – Very beautiful churches in Porto! 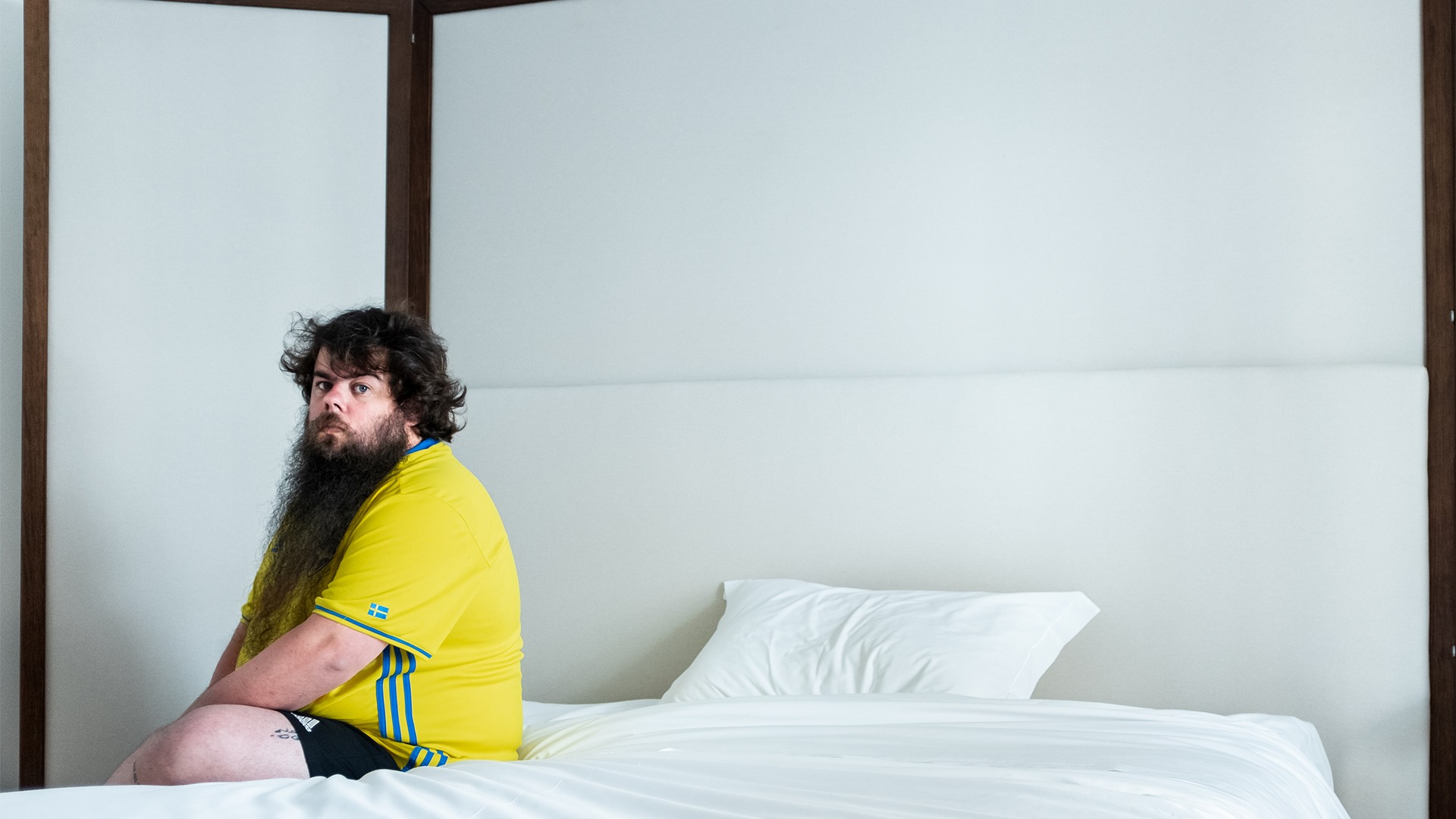 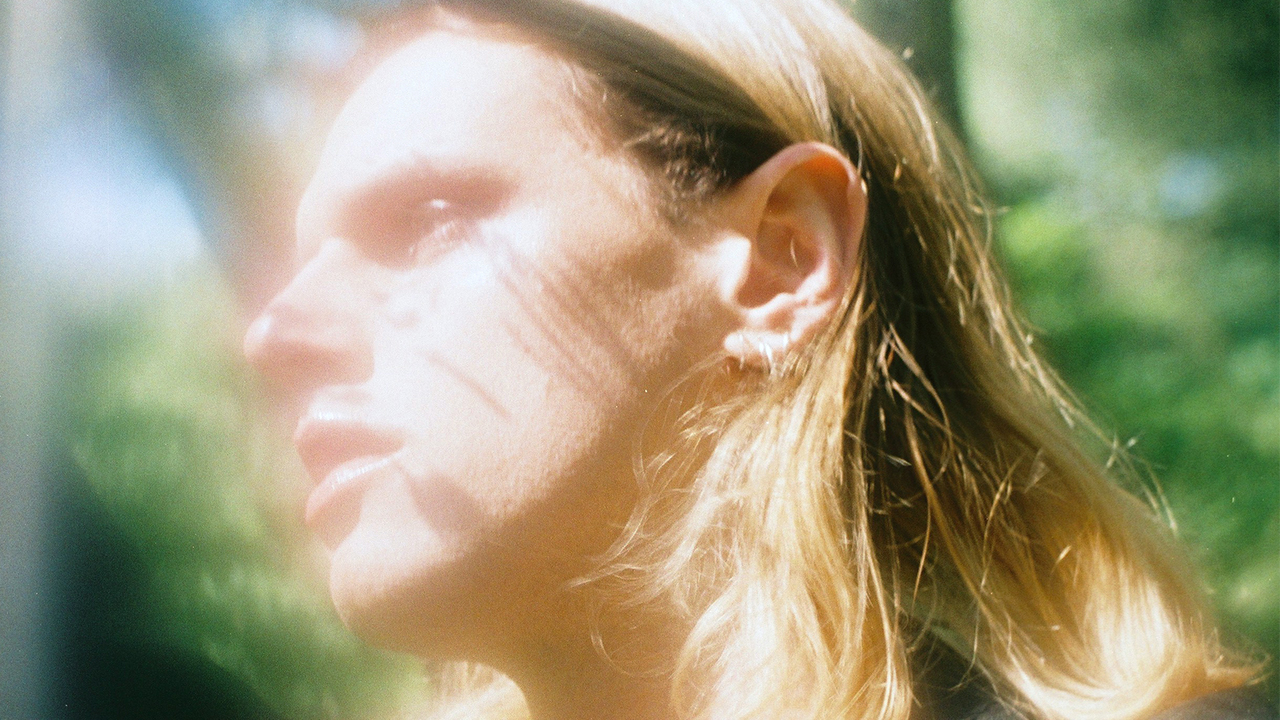 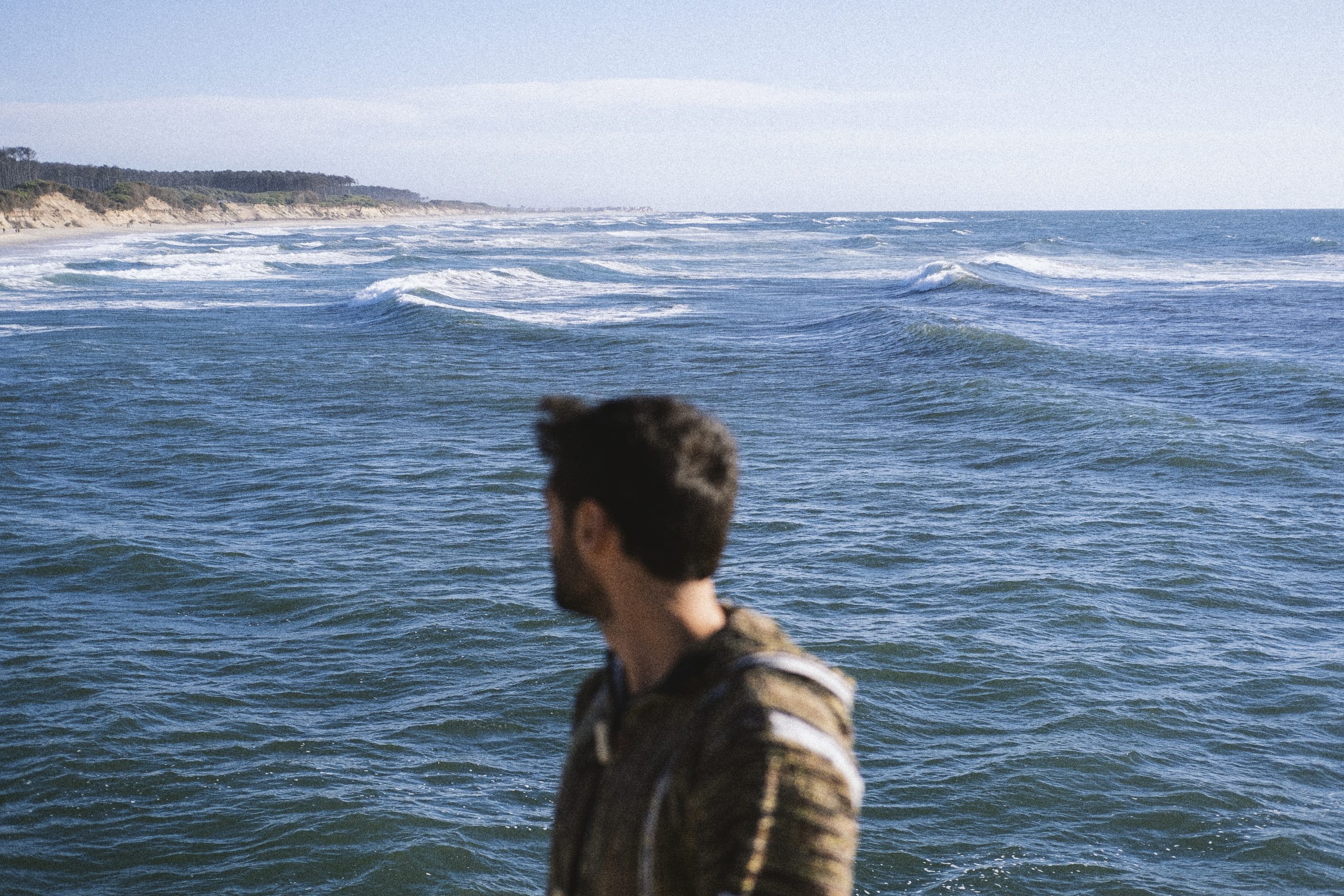