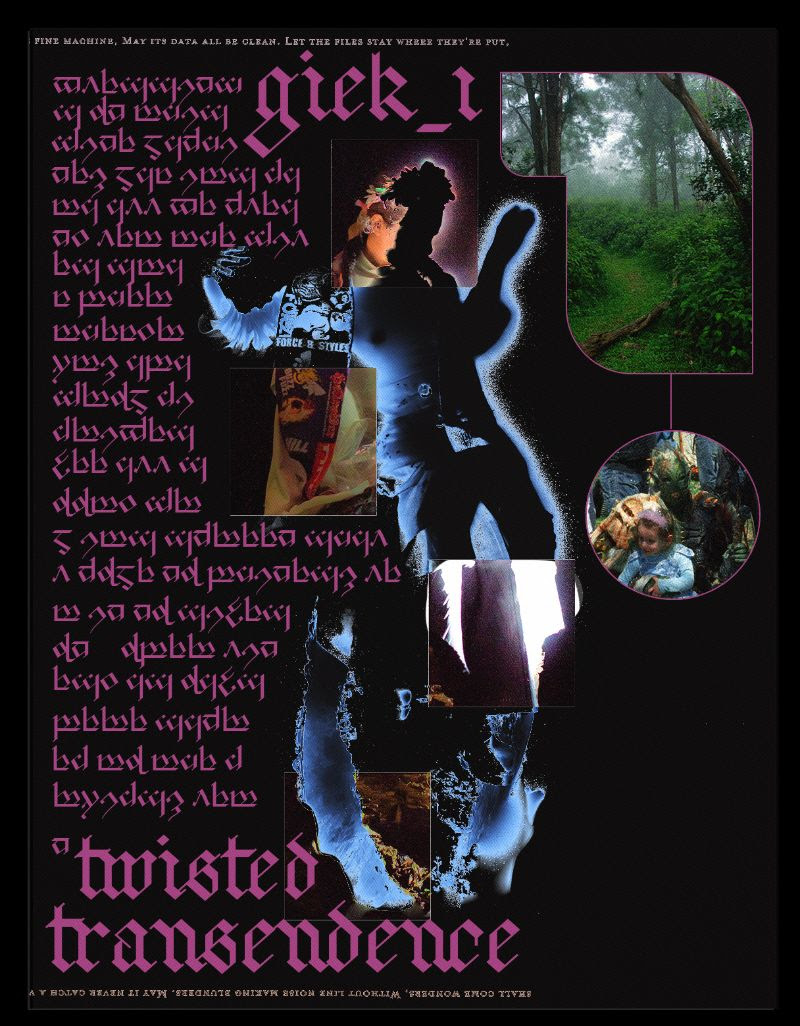 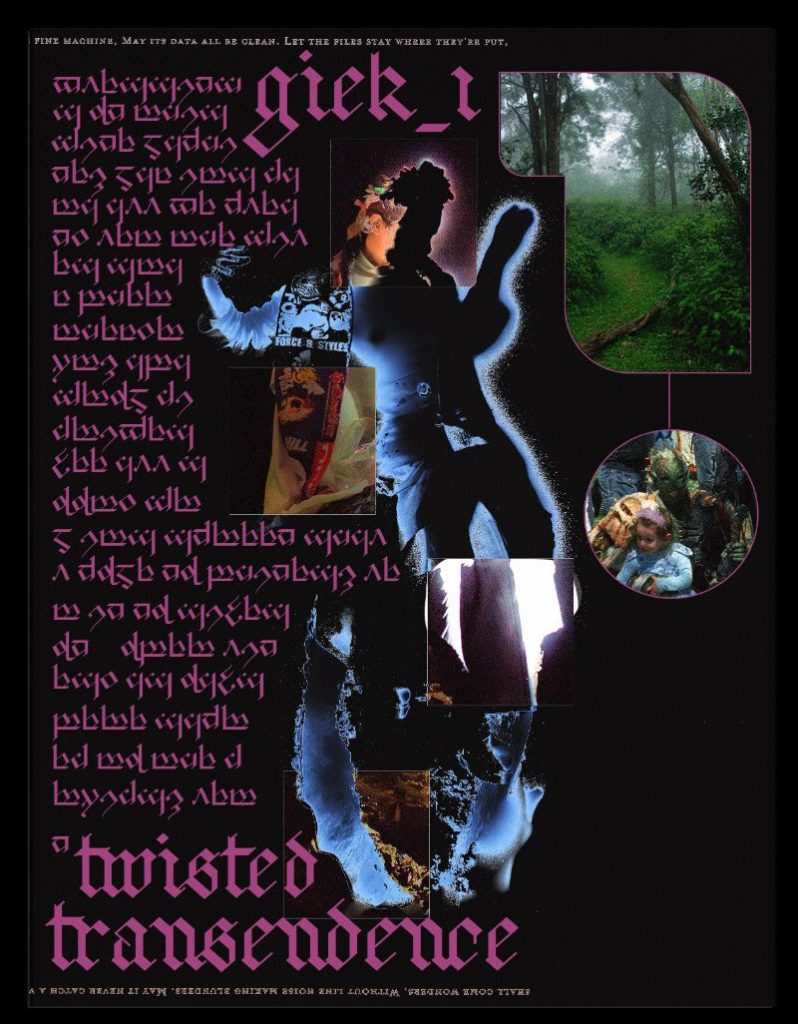 giek_1 may come as an apparently new name in the electronic music scene, but that will soon be part of the past. With her new EP, TWISTED TRANSCENDENCE, out on October 13th, the Dutch producer and vocalist is sure to create the ripples necessary that accompany her ambitious goals for the next few months.
On a first listen, TWISTED TRANSCENDENCE has the typical glow of a traditional pop record mixed with an uncanny feeling of unfamiliarity – we simultaneously belong to and are excluded from this world of RnB, trip-hop, gabber, experimental electronica and (to keep this list as short as possible) ambient pop. It is a profoundly surreal and captivating experience, aptly captured by the videos produced for her work.

But that is merely the first listen. The more we listen to it, the more we become detached and entranced in this TWISTED TRANSCENDENCE. The eerie vocals of giek_1 create an irreverent tapestry that inevitably recreates echoes from Eartheater‘s phenomenal and seminal work IRISIRI, while the ambitious post-industrial and peppy production will certainly attract those who, such as myself, have become infatuated by the recent trend of deconstructed club that artists such as Arca, SOPHIE, Amnesia Scanner and Vessel helped create. The post-human touches that form the narrative for this work are likely to also resonate with those who have been following Holly Herndon‘s journey into music at the border between human and machine.

If this brief glimpse into the world of giek_1 seems insufficient, the good news is it is only a part of a 6-9 month long installation – 5 more EPs will be released during this time, together with 15 videos that accompany a work that draws inspiration from escapism, spirituality, hope, destruction tendencies and the search for self. giek_1‘s work, while personal and introspective, promises to encompass the modern hyperrealism of ever-changing cultural paradigms. As if this was not enough to solidify giek_1‘s presence in the electronic scene of the misanthropocene, she is also working on an immersive 3D virtual reality experience for her live shows – you can find out more about it here.

TWISTED TRANSCENDENCE is the first of a 6 EP series and is out on October 13th. 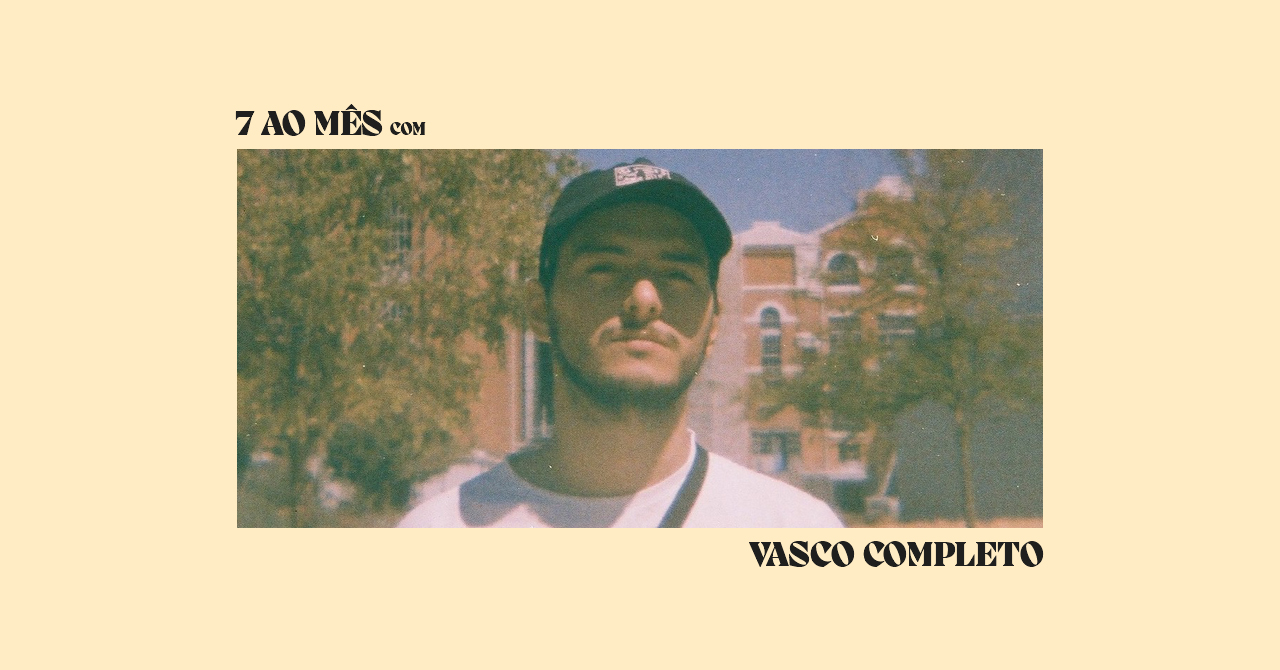 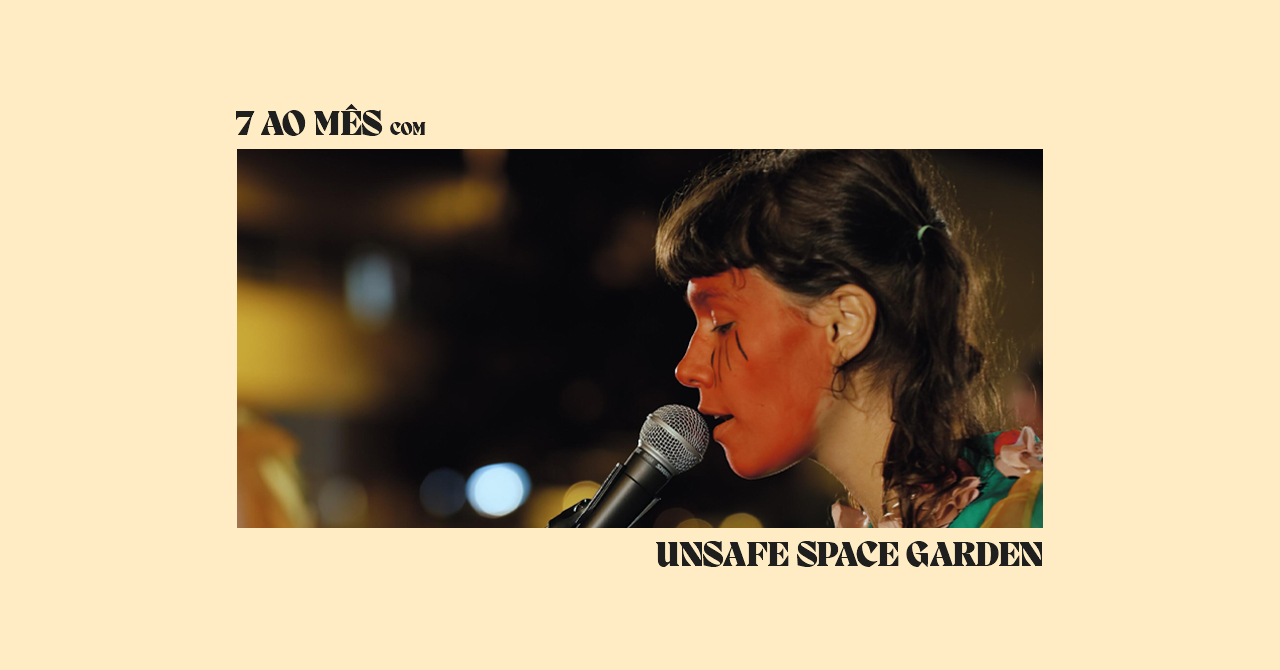